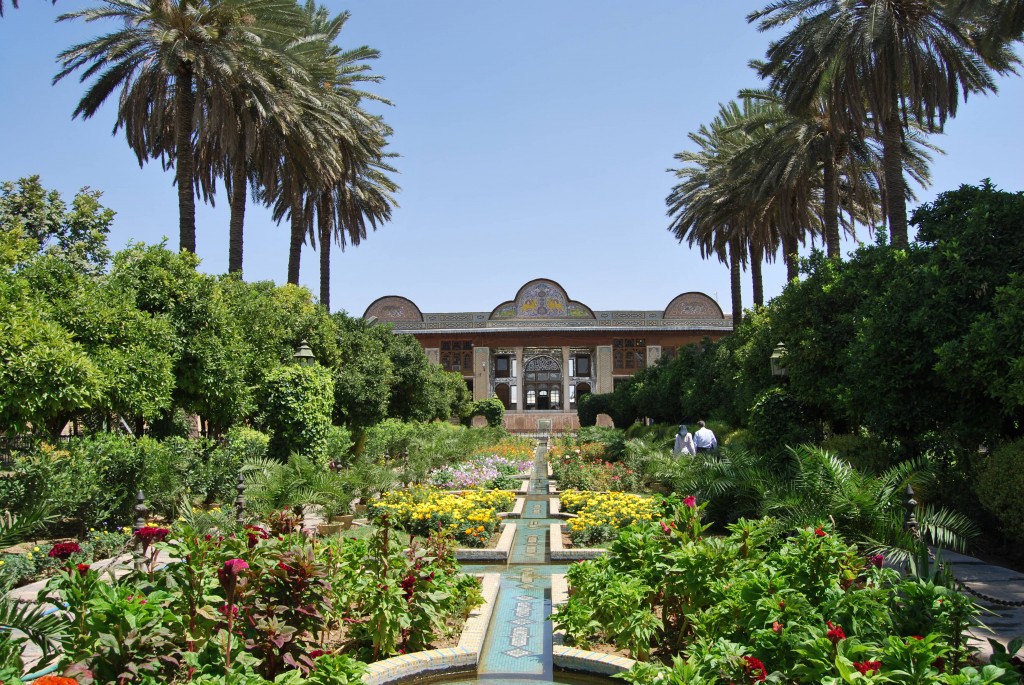 Shiraz is the sixth most populous city in Iran and the capital of Fars Province. Shiraz is located in the southwest of Iran on the Rudkhaneye Khoshk seasonal river. Shiraz has a moderate climate and has been a regional trade center for more than a thousand years.

The earliest reference to the city, as Tiraziš, is on Elamite clay tablets dated to 2000 BC. In the 13th century, Shiraz became a leading center of the arts and letters, thanks to the encouragement of its ruler and the presence of many Persian scholars and artists. Shiraz was the capital of Persia during the Zand dynasty from 1750 until 1781, as well as briefly during the Saffarid period.

Shiraz is known as the city of poets, wine and flowers. It is also considered by many Iranians to be the city of gardens, due to the many gardens and fruit trees that can be seen in the city. Shiraz has had major Jewish and Christian communities. The crafts of Shiraz consist of inlaid mosaic work of triangular design; silver-ware; pile carpet-weaving and weaving of kilim, called gilim and jajim in the villages and among the tribes. In Shiraz industries such as cement production, sugar, fertilizers, textile products, wood products, metalwork and rugs dominate. Shirāz also has a major oil refinery and is also a major center for Iran’s electronic industries: 53% of Iran’s electronic investment has been centered in Shiraz. Further more Shiraz is also home to Iran’s first Solar Power Plant.

Shiraz contains a considerable number of gardens. Fortunately or unfortunately many of these gardens are going to be lost for building apartments due to population growth in the city. The rainfall in recent years, during which atmospheric conditions have changed perceptibly, has been comparatively sufficient, and has reached 23 inches in a year, but the average rainfall is between 14 and 18 inches.

Attractions of Shiraz
The more popular attractions of Shirāz include first and foremost the tombs of Hafez, Saadi, and Khaju e Kermani (whose tomb is inside a mountain above the city’s old Qur’an Gate). Other lesser known tombs are that of Shah Shoja’ (the Mozafarid emir of Persia, and patron of Hafez), and the Haft Tanan mausoleum, where 7 Sufi mystics are buried. The Tomb of Baba Kuhi sits atop a mountain overlooking the city, and the tomb of Karim Khan Zand is at the Pars Museum of Shiraz. One of the most historical buildings is the Kian. This building was constructed around the time of Cyrus the Great, and has been a popular tourist attraction ever since.

Among the mosques, the oldest is Atigh Jame’ Mosque, which is one of the older mosques of Iran, followed by Vakil Mosque and Nasir al-Mulk mosque with their unique architecture. There are several shrines as well, the most famous one is known as Shah Chiragh (“The King of Lights”).

The citadel of Arg of Karim Khan sits adjacent to the Vakil Bazaar and Vakil Bath at the city’s central district.

The most famous of houses are Zinat-ol-Molook House and Gahavam’s House, both in the old quarters of the city.

Afifabad Garden and The Museum of Weapons, Eram garden, and Delgosha Garden are some of the popular remaining Persian gardens from eras gone by.

Within a relatively short driving distance from Shiraz are the spectacular ruins of Persepolis, Bishapur, Pasargadae, and Firouzabad. At Naqsh-e Rustam can be found the tombs of the Achaemenid kings as well as the Ka’ba-ye Zartosht, which has been thought to be either a Zoroastrian fire temple or possibly even the true tomb of Cyrus the Great. Maharloo Lake is a popular breeding ground for various bird species.

Transportation: Shiraz International Airport serves as the largest airport in the southern region of Iran. After undergoing renovation and redevelopment work in 2005, Shiraz Airport was identified as the second most reliable and modern airport in Iran (after Imam Khomeini International Airport of Tehran) in terms of flight safety including electronic and navigation control systems of its flight tower. In addition to domestic flights to most major Iranian cities, several daily flights to Persian Gulf States including UAE and Bahrain are performed.

A metro system is being built in Shiraz by the Shiraz Urban Railway Organization. which will contains three lines. The length of the first Line will be 22.4 km, the length of the second line will be 8.5 km The length of the third line will be 16 km. 21 stations will be built in route one. The three lines when completed, will have 32 stations below ground and six above and one special station which will be connected to a railroad link under construction linking Shiraz with Isfahan.[41] However it is estimated that by the end of 2009 all three lines will be finished and authorities have said that by the beginning of 2010 they hope to put all three major underground lines in operation.