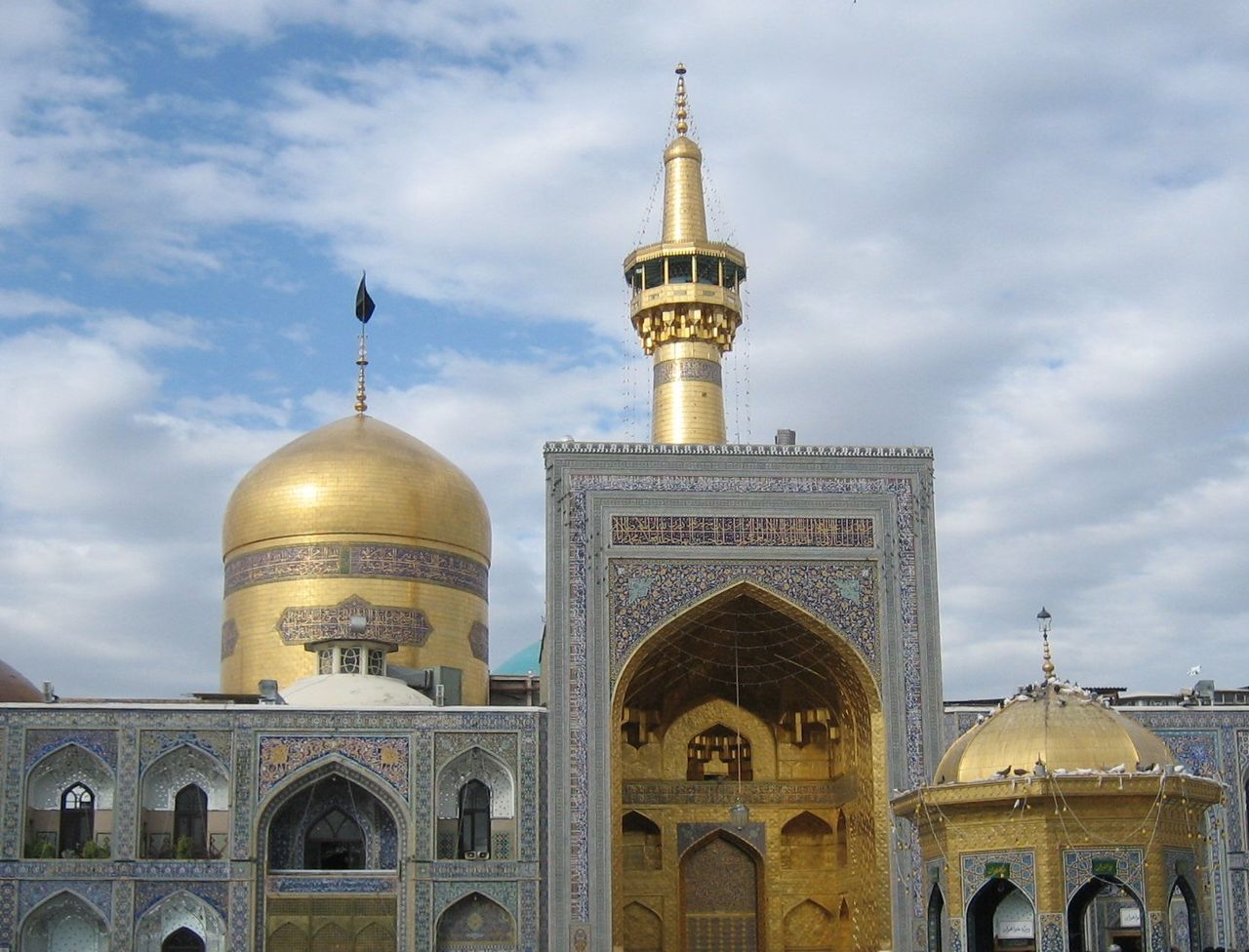 Literally (the place of martyrdom) is one of the large cities in Iran and one of the holiest cities in the Shia world. It is located 850 kilometres (530 mi) east of Tehran, at the center of the Razavi Khorasan Province close to the borders of Afghanistan and Turkmenistan. Its population was 2,427,316 at the 2006 population census.

Now Mashhad is notably known as the resting place of the Imam Reza (Ali ibn Musa al-Rida). A shrine was later built there to commemorate the Imam, which in turn gave rise to increasing demographic development.

Mashad is also known as the city of Ferdowsi the great Persian poet of Shahnameh which is considered to be the Persian national epic.

Current religious situation: Today the holy shrine and its museum hold one of the most extensive cultural and artistic treasuries of Iran, in particular manuscript books and paintings. Several important theological schools are associated with the shrine of the Eighth Imam.

The second largest holy city in the world, Mashhad attracts more than 20 million tourists and pilgrims every year, many of whom come to pay homage to the Imam Reza shrine (the eighth Shi’ite Imam). It has been a magnet for travellers since medieval times. It is said that the rich go to Mecca but the poor journey to Mashhad. Thus, even as those who complete the pilgrimage to Mecca receive the title of Haji, those who make the pilgrimage to Mashhad – and especially to the Imam Reza shrine – are known as Mashtee, a term employed also of its inhabitants. It is thought that over 20 million Muslims a year make the pilgrimage to Mashhad.

The administrative organization of Astan Quds Razavi is considered as the most long-lasting organization which exists since the martyrdom of Imam Reza about 1200 years ago.

Attractions
Apart from Imam Reza shrine there is a number of beautiful large parks, the tombs of historical celebrities in nearby Tus and Neyshabour, the tomb of Nadir Shah and Kooh Sangi park and Mellat Park that have modern attractions for children such as the biggest ferris wheel or fanfar in Iran and Koohestan Park-e-Shadi Complex that includes a zoo, where many wild animals are kept and which attracts many visitors to Mashhad. It is also home to the Mashhad Airbase (formerly Imam Reza airbase), jointly a military installation housing Mirage aircraft, and a civilian international airport.

Among the other sights are the tomb of the great poet namedFerdowsi in Tus, 24 kilometers distance, and the summer resorts at Torghabeh, Torogh, Akhlamad, Zoshk, and Shandiz.

The Shah Public Bath, built during the Safavid era in 1648, is an outstanding example of the architecture of that period. It was recently restored, and is to be turned into a museum.

Metro
The Mashhad Urban Railway Corporation (MURCO) is constructing a metro system for the city of Mashhad which includes four lines. The first phase (line) of the metro is expected to be finished by 2009-2010.

Rail
Mashhad is connected to three major rail lines: Tehran-Mashhad, Mashhad-Bafgh (running south), and Mashhad-Sarakhs at the border with Turkmenistan. Some freight trains continue from Sarakhs towards Uzbekistan and to Kazakhstan, but have to change bogies because of the difference in Rail gauge. A rail line is being constructed off the Mashhad-Bafgh line to connect Mashhad to Herat in Afghanistan, but has not yet been completed and one is planned to connect to the Gorgan railhead and the port of Bandar Torkaman on the Caspian Sea to the west. Passenger rail services are provided by the national company R.A.J.A. and all trains are operated by R.A.I., Rah-Ahan Iran, the national railway company.